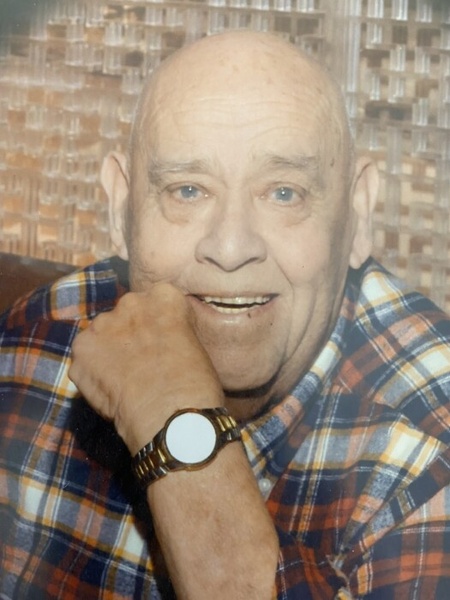 
Ron Yoakum, a big-hearted man who would do anything he could to enjoy the people around him, passed away peacefully on July 31, 2021, with his family comforting him.  Ron, son of Lorraine and Claude Yoakum, was born into hardworking coal mining and farming families in Boonville, Indiana on September 10, 1938.  At six years of age, Ron's parents moved the family to the west coast for Claude's military service, eventually settling in Pacific Grove and welcoming his much-loved brother, Ed.  Ron graduated from PG High in 1956 and enlisted in the US Navy, becoming a father in 1960 ,and again in 1963, to two daughters.  His navy service took him to many parts of the Pacific, where he worked as a machinist.  Those skills led to a lifetime of home projects, especially woodworking.  His family's hard work was instilled in him and he shined as an example of it for his family during his years as a Hostess, Paisano, Toscano and Keebler salesman.

Ron and his young family moved to Watsonville in 1964, where they have thrived and grown in love for their adopted hometown.  Ron quickly found opportunities to serve the community and built long friendships through Jaycees, where he served as President and Fourth of July Parade Chairman, coaching Pop Warner football and Little League, and leading 4-H groups.  Ron's children still hear stories of silliness and fondness from their friends and his former athletes.  He was dearly loved by everyone who ever met him.


In 1977, Ron married the love of his life and best friend, Barbara.  They enjoyed nearly 44 years of marriage with their combined families.  They traveled to Italy, the East Coast, and on many cruises with family and friends, most companions remarking how hard it was to keep up with their energy!  The highlight of every year was a vacation to Lake Tahoe, where they enjoyed family and quiet time reading, biking, swimming and exploring.

We want to thank Ave Maria Memorial Chapel for all their help.

To send flowers to the family in memory of Ron Yoakum, please visit our flower store.