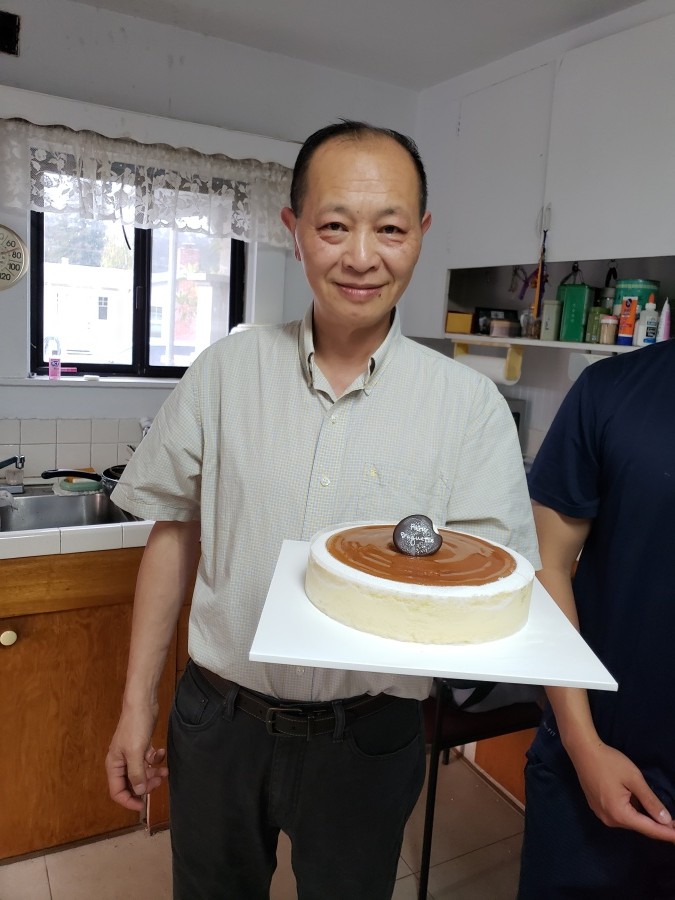 Aaron Ye went to meet God on November 25th, 2019. Aaron began his journey in Shanghai, China to Daxian and Silan. In 1977 at the end of the revolutionary Mao era, Aaron came to America to study computer science as a foreign student and settled in Santa Cruz, California. Aaron attended Cabrillo College and in 1981 met his wonderful future wife, Sandy Kuo, while attending church. In 1993 , he started managing Mei Garden Restaurant on Ocean Street in Santa Cruz. Many local families will always remember Mei Garden as the place where outstanding Chinese dishes were served and where milestone events were celebrated. In 2017, Aaron continued his culinary journey and joined the Cowell dining hall staff at UCSC.. It was always Aaron’s passion to create delicious dishes on request, always meticulous in his food preparation, and above all, making sure those around him were made to feel special. He worked hard and long hours, but what Aaron cherished most in his life were his children Philip and Madeline and wife Sandy. He was a devoted husband and loving father, a good brother, a kind son, a loyal friend. We will miss his guiding light. He is survived by his wife and children; his inlaws; his parents; Sisters, Qing and Linda, niece Joy Lathrop, and the many relatives. Memorial services are still being organized.

To send flowers to the family in memory of Aaron Ye, please visit our flower store.