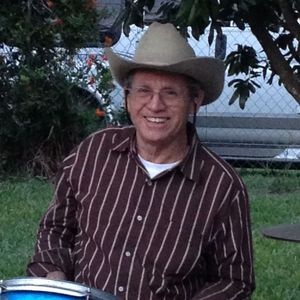 Adolf GalvA�n passed away on Thursday, September 4th at the Santa Clara Valley Medical Center, at the age of 70. He died of complications from a tragic hit and run on Pacific Avenue in Santa Cruz on the 24th of August.
Adolf was born in El Control in the Mexican state of Tamaulipas. His father, Manuel GalvA�n, was born in Bishop, Texas and his mother, Guadalupe Vasquez de GalvA�n, was born in Matamoros in the Mexican state of Tamaulipas. Adolf lived in Mexico with his grandmother, Beatrice Longoria de Vasquez, and his aunt, Beatrice Vasquez de Benavides, until he was six and then moved to Corpus Christi, Texas. He graduated from Mary Carroll High School in Corpus Christi, TX in 1963. He moved, with his family, when he was nineteen years old to the Watsonville area. He served in the United States Army from 1967-1969 and when he left service, he attended Cabrillo College in Aptos where he was on the tennis team. He purchased Fargoe Glass in Soquel in 1975 and has been the sole owner ever since. As a local business owner for 40 years he has supported numerous school functions, local sport teams, community organizations and has always been known for his fair business practices. In 1978 he married Diana Lynne Smith, who has been a local school teacher for 25 years and is now recently semi-retired.

Adolf was a generous and loving father, husband, grandfather, brother, uncle, cousin, mentor and friend. He loved fishing, golf, playing card games, horseshoes, bowling, horses, watching sports, joking with friends, and family BBQs. He was always ready with a quick joke and a mischievous smile, would never say no to someone who was in a tight place and needed help. He was generous to a fault. He never searched out the limelight and would quietly check on, and give care to, the mothers of his friends who had died; or help out the brother or friend of a friend just because he had that much loyalty to his friends. Once Adolf had you in his circle, in his heart, you were family. He cherished his family and was oft to say, that family was the most important thing there was. He frequented many of the Soquel, Aptos, Capitola and Santa Cruz eateries and was sure to know the owners, due to the glass business or just the way he chatted up and knew everyone. He was the eldest and once his father passed in 2005, he became the patriarch of a large family with eleven other brothers and sisters.

A Memorial Service and Funeral will be held this Saturday the 13th of September at the Ave Maria Memorial Chapel, 609 Main Street in Watsonville. Open to public at 11:00, Service begins promptly at 11:30, Reception immediately following until 2:30, then burial procession to the Pajaro Valley Memorial Park on Hecker Pass.

For those who would like to express their condolences, please feel free to write to Fargoe Glass, Attn: The GalvA�n Girls, 4950 Soquel Drive, Soquel, CA 95073.

To send flowers to the family in memory of Adolfo Galván, please visit our flower store.