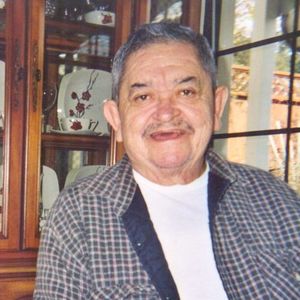 Adrian was proud of having served his country as an Army Reserve. During his time in the military he received training to become Military Police and later used this knowledge and served his community as a reserve officer for Los Angeles County Sheriff's department.

He moved to the Watsonville area over thirty-six years ago when he was offered a position in Salinas.

Those who knew Adrian remember him best for his fierce love, loyalty and generosity to his family and those he considered his friends.

Adrian was preceded in death by his parents and brother Manuel Nieto Jr.

The family would like to give special thanks to Dr. Albert Crevello and his staff as well as Hospice of Santa Cruz County.

In Lieu of flowers, family requests donations to be made to Hospice of Santa Cruz County.

To send flowers to the family in memory of Adrian Nieto, please visit our flower store.