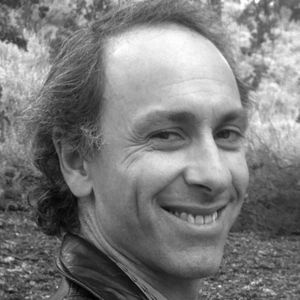 Alan Mark Friedman, lead singer for the Duo Brothers and prominent therapist with the County of Santa Cruz, passed away peacefully in the loving embrace of his wife and children on Monday, Apr. 20, 2015. As a musician, free-thinker, family member, and friend, Alan found his own path and helped many others, particularly young people, find theirs. Some of his last words were song lyrics: Come together. All you need is love. He was 54 years old.

Alan spent his first years in the Bronx before moving with his family to Hartsdale, NY, at age 6, and then to Scarsdale at age 8. He graduated from Scarsdale High School in 1978 and attended Brandeis University for two years before moving west. He graduated from UC Santa Cruz in 1984 with a degree in psychology. He earned a teaching credential from UCSC in 1989 and a masters in counseling psychology from the California Institute of Integral Studies in 1994.

He met Rebecca Supplee in Santa Cruz in 1985 and they married in 1987. Along with Rebecca, their daughters Selena (age 19) and Mari (age 15) were the joys of his life. After working as a teacher, he found his calling helping foster teens build resilience and strength. He worked for Children's Mental Health for 15 years, until he had to retire due to treatment for a brain tumor.

Alan was a perennial optimist with an infectious smile and rapid-fire wit. Music was his lifelong passion. For the Duo Brothers, he played guitar and ukulele, had a beautiful voice, knew lyrics to hundreds of songs, and could harmonize a tune on the spot with anyone--and often did. He loved being outdoors with family and friends, golfing, mountain biking, and hiking. In college, he earned the nickname "Flash" for his quickness in ultimate Frisbee. He won a state championship in disc golf in 1994.

Alan is survived by his wife Rebecca and daughters Selena and Mari, his parents Annette Friedman and Richard Friedman, his brothers Robert and David Friedman and their families, and his sister Elsbeth Friedman Beck and her family. A memorial will be held Saturday, June 13, 2:00 pm at Pacific Cultural Center, 1307 Seabright Ave., Santa Cruz. In lieu of flowers, donations can be made in Alan's name to the Youth Resource Bank at youthresourcebank.org or PO Box 1844, Capitola, 95010.

To send flowers to the family in memory of Alan Friedman, please visit our flower store.