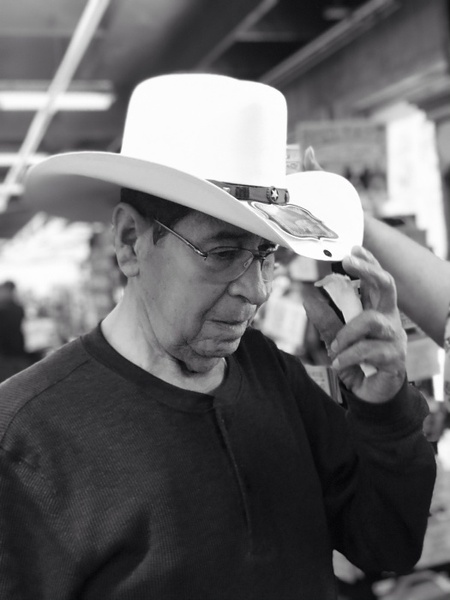 Alberto “Albert” Antuna completed his “assignment” here on earth on October 12, 2020 and went to be with the Lord at the young age of 72.

Albert was born in 1947 in Elsa, Texas to Eusebio and Teresa Antuna. He was the second eldest in a family of 11. He came to Watsonville at a young age and was drafted into the army right after high school. He served our country in the Vietnam War, where he earned 4 medals.

Albert had a great love and ability for cultivating the land which brought him to his passion for leading at Buak Fruit Co., where he worked at loyally since he was in high school. It was there at Buak, Albert met the love of his life, Nellie Antuna, and made her his wife. They were married for 47 years and were inseparable the entire time. Albert was a good man who had strong values and a firm faith in the Lord. He put his faith first in God, his wife second, and his children third.

Albert’s firstborn is Albert Antuna Jr, who resides in Clovis, CA. Following his only son, Albert was most proud of his three daughters whom he thought to be his greatest legacy: Elizabeth “Liza” Antuna (Abel Macias), Yvonne Antuna-Fortes, and Laura Antuna-Magana (Miguel Magana). Albert Antuna remained their biggest fan, protector, and best friend.

Family was something Albert found great joy in and it extended beyond blood relatives. He was incredibly proud of his son in laws who he called his sons. Miguel Magana and Abel Macias took great care and showed much honor to Albert as they helped his daughters care for him.

Albert received his wife’s family as his own and he loved her 21 brothers and sisters, and over 100 nieces, nephews, and great nieces and nephews, spanning the U.S. to Australia, strongly. He was particularly close with Nellie’s brother Peter Navarro and his wife Dolores, who made it a point to travel from Texas to see him and Nellie annually.

Albert was a long time member of Green Valley Church where he served for many years.  He loved his church family very much. Albert was famously generous and this showed as he shared his home, his time, his wisdom, and to his eldest granddaughter, his sweaters. Over the years many children found refuge in the Antuna household; Albert and Nellie provided a safe place for countless young people. He meant a lot to many people and he cared deeply for so many!

Due to the fact that Albert meant so many things for so many people, we will be sending invitations to celebrate his life at a service to be held at a later date once Covid-19 restrictions are lifted.

To send flowers to the family in memory of Alberto Antuna, please visit our flower store.