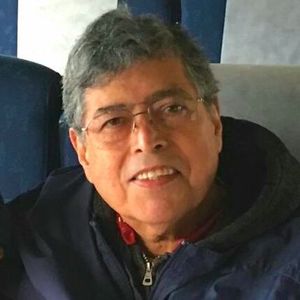 Alexander Valenzuela Arellano was carried in the arms of God to be with his wife June and his son Alex on Thursday January 19th surrounded by his family and friends.
Alex was born in Calexico and later moved to Watsonville, California where he lived for more than fifty years. Alex was the oldest son of Bonifacio and Maria Arellano who preceded him in death. Alex is survived by his children Bonifacio Julio Arellano, Sara Arellano, Evette Arellano, Maria (Tony) Villalta, Carolyn (Chalio) Flores, Deborah Baker and Peggy (Mark) Raymond. Alex was preceded in death by his sons Alex L. Arellano and David Ahl. Alex is survived by brothers David (Ciprana) Arelllano, Manuel Arellano and sisters Irene (Hector) Esquer and Diane Arellano Beltran. He is also survived by 15 grandchildren, 16 great-grandchildren and numerous nieces and nephews.
Alex attended local schools and graduated from Watsonville High School. Alex started working in the fields with his grandfather, the local Chevrolet dealership, Baker Brothers Furniture and then was the co-owner with his wife June of Alex's TV and Appliances for 22 years. After retiring from the family business he worked installing satellite dishes and ran the Alex's Video store and then worked with his son David in the local transmission shop. Alex then helped his wife June with the family daycare where he lovingly became known as "Grampa Alex" to his grandchildren and many of the daycare children. Alex loved racing motorcycles, cars and even his Dodge van at the Fremont racetrack. Alex enjoyed camping, boating, jet skiing, music, muscle cars and watching Nascar races on TV. Alex also enjoyed traveling on family vacations to Canada, Switzerland, Mexico, Hawaii, and Las Vegas, Arizona and most recently to Washington, DC.
Alex will be most remembered for his love of family, friends, children, his cooking skills, his bright smile, his sense of humor and his willingness to chauffeur everyone where they needed to go. He also became an animal lover over the years and especially enjoyed his dog Max and his cats Darla, Timon, Gizmo and Fluffy.
Visitation services will be held on Sunday, January 29, 2017 from 5-9 PM with a recitation of the Rosary at 7 PM at Ave Maria Memorial Chapel. Mass will be celebrated on Monday, January 30, 2017 at 11 AM at Assumption Church with a final blessing ceremony to follow at Pajaro Valley Memorial Park, 127 Hecker Pass Road, Watsonville.
In lieu of flowers please make a donation to the family Relay For Life team Sisters 4 A Cure. Please go to the following website: http://main.acsevents.org and go to the Sisters 4 A Cure page.