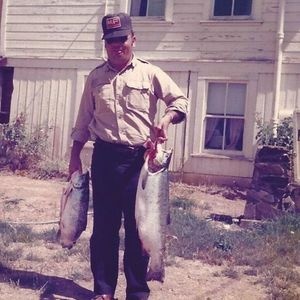 Tony Souza of Watsonville passed away on Saturday at the age of 81. He was born and raised in Watsonville where he graduated from St. Francis High School. As a young man, Tony was a truck driver for Louie Morosco in the mid 1950's hauling produce to the North Bay. He served in the U.S. Army for two years between 1959 and 1962 spending time in Washington State and Germany. He then worked for the Pajaro Valley School District for 31 years as a grounds keeper in the maintenance department before retiring in 1992. Tony started his own landscaping service as a side job including rototilling and mowing which he maintained for many years. In addition, he worked part time for the Salsipuedes Fire Department alongside his brother Manuel for nearly eight years in the mid 1970's.
Tony loved camping, fishing, and baseball. He spent a few years as the Salsipuedes Little League field grounds keeper in the 1980's. He also donated some of his time as a Little League baseball coach.
Tony is survived by his wife Gwen of 55 years, his son Rick, daughter-in-law Charlena, two grandchildren Nicole and Brad, his sister Rosemarie Marshall, brother-in-law Larry Marshall, nieces Teri Marshall and Vi Lucas and his nephew Scott Marshall.
Funeral service will be held at Ave Maria Memorial Chapel in Watsonville on Saturday April 21st at 11:00am.

To send flowers to the family in memory of Anthony Souza, please visit our flower store.