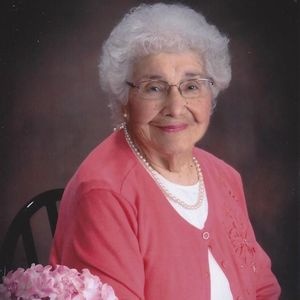 Antonia Castro Avila passed away peacefully at home on Sunday, June 29, 2014. She was born in Modesto, California on March 3, 1923.

She was the daughter of Joseph Pablo Castro and Felipa Gomez Castro. She lived in the Banta, California area and went to Banta Elementary School until the 4th grade. At the age of 12, she became the matriarch for her brothers and sisters when their mother passed away. She worked very hard on their ranch homes but would enjoy singing and playing the guitar and going to dances with her siblings. She married Tommy Avila on September 8, 1946. They lived in Tracy, California until 1958 when Tommy transferred to Watsonville, California with the Southern Pacific Railroad. They were married 65 years. Tommy passed away in 2012 as did her youngest child Suzanne Avila.

Visitation services will be held on Monday, July 7, 2014 from 5:00-9:00 PM with a recitation of the Rosary at 7:00 PM at Ave Maria Memorial Chapel, 609 Main Street, Watsonville. Mass will be celebrated Tuesday, July 8, 2014 at 10:00 AM at Valley Catholic Church with burial to follow at Pajaro Valley Memorial Park, 127 Hecker Pass Road, Watsonville.

To send flowers to the family in memory of Antonia Avila, please visit our flower store.