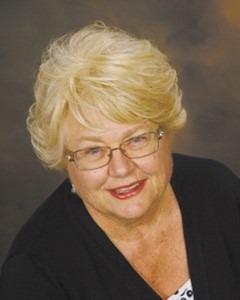 Barbara Murphy Corrigan died peacefully after a brief illness on November 13, 2022 surrounded by family. Barbara was born in Watsonville on March 2, 1946 to Walter and Eleanor Murphy. She attended Moreland Notre Dame for three years before transferring to Mintie White, where she made many longtime friends. She attended E.A. Hall for junior high followed by Watsonville Union High School where she graduated in 1963.

After attending Cabrillo College for a short time, she married the love of her life, John W. Corrigan, Jr in 1964. They soon started a family with the birth of their first child, Julie, followed by John III two years later. They moved to Lodi, CA in 1970, where they lived for almost 20 years. Their family was complete with the birth of their third child, Kathleen ‘Katie’ a few years later.

In 1978, she earned her real estate license and started her decades long real estate career. Finding people their dream home was one of the great joys in her life. In 1988, the family moved back to Watsonville where Barbara was active in Omega Nu and YWCA. More recently, she was a tutor and advisory board member for Opportunity to Read, a tutoring organization helping adults achieve literacy. In 2016, she was appointed to the Watsonville Library Board.

Barbara enjoyed reading, playing bridge, quilting, knitting and spending time with her three children and six grandchildren. The highlight of her year was spending time at the Corrigan’s Christmas Tree Lot which the family started in 1992. She was a devoted wife and mother for over 50 years and a loyal friend. She was loved by many and will be greatly missed.

A Catholic mass will take place at 11am on Tuesday, November 29th at Holy Eucharist Catholic Community Church in Corralitos. In lieu of flowers, the family asks that donations be made to St. Francis High School in Watsonville.

To send flowers to the family in memory of Barbara Murphy Corrigan, please visit our flower store.