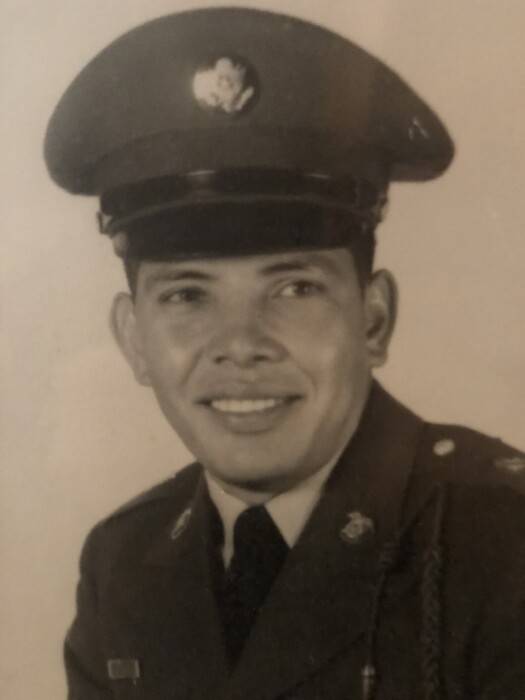 Bernardo “Bernie” Ybarra, Jr., 84-year-old beloved husband, father, and grandfather passed away on August 29, 2021. He was born on January 31, 1937, to Bernardo and Rita Ybarra and raised in Gilbert, Arizona.

Bernie served in the U.S. Army & National Guard as a Staff Sergeant for 30 years. In Watsonville he worked as a butcher at Eker Brothers, custodian for the National Guard Armory, and security guard at GraniteRock’s Wilson Quarry.

Loving nicknamed “Kituri” by his father, he is reunited in heaven with his parents, brothers Alfred, Frank, and Eddie Ybarra, sister-in-law MaryAnn, sister Josephine & her husband Ruben Pacheco.

Ava Memorial Chapel will host a visitation at 5:00pm and Rosary at 7:00pm on Wednesday, September 15, 2021. Funeral Mass will be held at 1:00pm on Thursday, September 16, 2021, at St. Patrick’s Church, with closing ceremonies and Military Honors at Pajaro Valley Memorial Park.