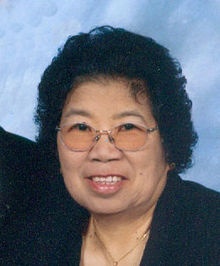 On Thursday, May 7, 2015, Betty Magarin Baniaga passed away peacefully at her home in Watsonville, CA. She was 71 years old.

Betty was born to Francisco and Macrina Magarin in Wanagan, Vintar, Ilocos Norte, Philippines on February 13, 1944.

She immigrated to the United States in 1964 and joined her parents in Cutler, CA.
Even though Betty graduated high school in Wanagan, she attened high school in Orosi, as well.
There she learned how to drive and how to speak Spanish.
After graduation in 1967, Betty left the hot summers of Cutler to live in the coastal town of Watsonville where she started working in a local cannery.
In 1969 she went back to the Philippines and married her sweetheart, Romeo Baniaga.
She brought him to Watsonville where they started their lives together and their family.
Betty held many different jobs. She was a seamstress, flower cutter, electronics assembler, strawberry share cropper, janitor, and a certified nurse's assistant.

A Celebration of Life Service will be held on Thursday, May 21, 11:00am, at Green Valley Christian Center, followed by burial at Pajaro Valley Memorial Park.

To send flowers to the family in memory of Betty Baniaga, please visit our flower store.