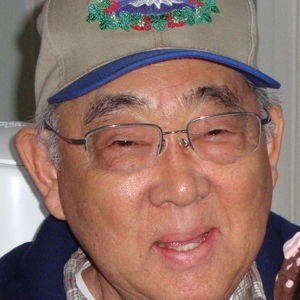 Bill Kenichi Kajihara passed away at his home in the presence of his family on Sunday, November 29, 2015 in Watsonville at the age of 76. He was born on July 2, 1939 in Garden Grove, CA, the seventh of ten siblings to the late Ippei "Paul" and Shizuko Kajihara. During WWII, Bill along with his parents and siblings were interned at Poston, AZ. The Kajihara family eventually moved to Watsonville in 1953 where he later became a strawberry farmer from 1968 until this past October 2015. Throughout his life he enjoyed fishing, bowling in the Nisei League, managing the strawberry farm with his brother Bob, participating on the board of directors for the Watsonville Berry Co-op and the Watsonville Berry Cooler, watching the Giants, Niners and Warriors games on TV, playing poker with his friends, and spending time with his immediate and extended family. He is preceded in death by his siblings Takeshi, Teruko, Eiji, Setsuko and by his beloved wife Lynn. He is survived by his daughter Kimberly Kajihara (Todd) of San Francisco, son Kevin and daughter-in-law Jee Eun and three grandchildren Kayla, Jocelyn and KJ of Watsonville. He is also survived by his siblings Yasuko Eddow (Shig) of Monterey Park, George Kajihara of Hawthorne, Don Kajihara (Robin) of Aptos, Sandra Yoshii (Don) of San Jose, Bob Kajihara (Suzu) of Aptos and numerous nieces and nephews.
Family and friends are invited to attend funeral services to be held at the Watsonville Buddhist Temple on Saturday, December 12 at 2:00pm.

To send flowers to the family in memory of Bill Kajihara, please visit our flower store.