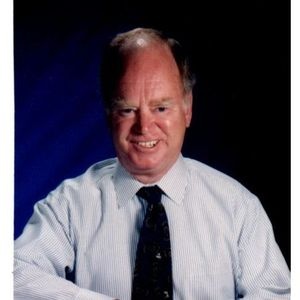 He served in the National Guard for 7 years, aiding in the Northern California Floods, the San Francisco Riots (where he got to spend the night in the San Francisco Giants Dugout!) and helped maintain order during the Watts Riots.

Brendan was a devoted father-never missing a Speech and Debate competition, a football game or a choir concert. His voice could be heard as a co-anchor at many Live Oak High school football games and Bingo Caller for the Live Oak Emerald Regime with whom he and his wife traveled extensively.
He adored his wife... often showing it in ways she didn't always appreciate! Together they traveled to more than 60 cities over 5 continents. The love of travel was something they shared as well as the deep love of their dogs Maggie, Molly Rose, Emmett and little Madeline.

There was never a bigger SF Giants, SF 49er fan or lover of unique mustards from all around the world than Bren.
He sincerely loved people and had the ability to make everyone laugh... Brendan made a lasting impression on all whose paths he crossed. His Legacy and Influence is immeasurable.

Brendan Stealey White will be missed.

A CELEBRATION of his life will be on March 19th at Gugliamo Winery. The festivities begin at 11:00am and all are encouraged to attend.

In lieu of flowers, the family requests Memorial Donations to the SPCA

To send flowers to the family in memory of Brendan White, please visit our flower store.