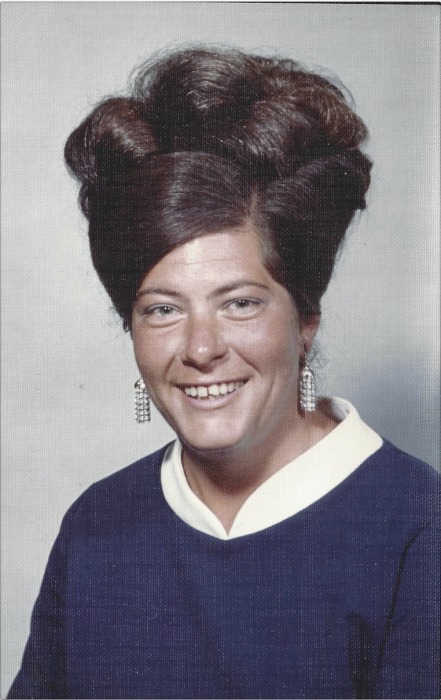 Brook Ellen Hoffman, aged 74, passed away peacefully on August 5, 2018 at the Watsonville Nursing Center after a brief struggle with cancer. Brook was born on April 28, 1944 in Pacific Grove, California, the daughter of the late Richard Douglas Carpenter and Nola Phillips.

Along with her parents, Brook was predeceased by her husband David Fletcher, brother Richard Carpenter Jr., sister Judy Paljetak, and nephew Matthew Paljetak.

Brook was an alumnus of Watsonville High School and Cabrillo Community College. Brook spent 25 years as a pre-school teacher with the Pajaro Valley Unified School District, and was a long time active member of the American Federation of Teachers. She was very spiritual, and was very involved with her parish at All Saints Episcopal Church in Watsonville. She loved playing bingo, cooking, attending her daughter and nephews’ school events, and always enjoyed calamari sandwiches. She was very proud of her daughter and was delighted to be a grandmother.

Brook will be missed by all who knew her. The family would like to thank the tireless dedication of the staff at Watsonville Nursing Center, who always took care of Brook. In lieu of flowers, contributions in Brook’s memory can be made out to All Saints Episcopal Church, 437 Rogers St., Watsonville, CA 95076.

A celebration of Brook’s life will be held at All Saints Episcopal Church on Saturday, October 27, 2018 at 1 pm.