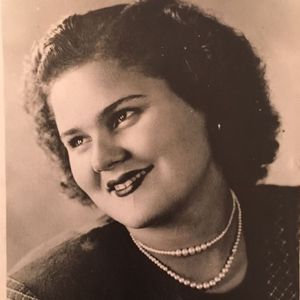 On Monday, March 20, 2017 Celeste Da Gloria Melo passed away surrounded by her family in Watsonville. She was 83.
Celeste was born on December 19, 1933 in SA�o Mateus Terceira Acores. She moved to Watsonville in 1985.
Celeste was a woman of many wonderful traits. She loved to crochet and enjoyed her ice cream. Above all, she cherished spending time with her family especially her grandchildren and great grandchildren. She will be forever missed.
Celeste was preceded in death by her husband, Alvaro Ferreira Melo and her son, Alvaro Melo Jr.
She is survived by her sister; Maria Dos Anjos Oliveira, children; Roberto Melo, Placido Melo, Maria Joao Moules, Graca Moules, two daughter in-laws, one son in-law, ten grandchildren and twelve great grandchildren.
A Rosary will be held on Wednesday, March 29, 2017 at 12 PM with Mass to follow at Our Lady Help of Christians Church at 1 PM. Burial will take place at Valley Public Cemetery following services.