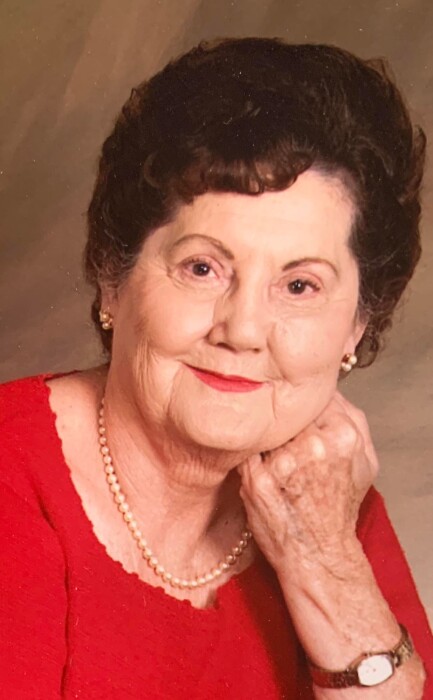 Long time Watsonville resident, Clara Le Peters went to be with her Lord peacefully on December 12, 2020. She was at her daughter’s home, surrounded by family.  Clara was 87 years old.  Clara was a devoted Christian, Wife, Mother, Grandmother, and friend to many in the community. She will be dearly missed.

She was born 12/22/32 in Wellston, OK and was the sixth of seven children.  She was born to Leroy and Edith Rackley.  As a baby, her family moved to Watsonville, where she attended local schools and graduated Watsonville High School in 1951. In 1954, she met and married the love of her life, Edgar Peters.

Clara lived a life devoted to her family.  She served her community and enjoyed helping people in need. In the early 70’s, after discovering Ed had a debilitating muscle disease, she left her position at Monument Lumber Co to become a Registered Electrologist.  This enabled her to work from home while caring for Ed.  She enjoyed 40 years in this career and made many friendships.  She worked until she was 80 years old.  Her friends describe her as caring, empathetic, and always a good listener.

After Ed passed in 1999, she spent the next several special years traveling to many Countries with her Niece, Diana Smith.

Preparing Holiday meals and having her family all together gave her great joy!  Her grandchildren describe her as “Spirited”, “Humble”, “Vivacious”, “Gleeful” and “Sweet “.  She had a contagious laugh that could light any room.

A graveside service will be held for Clara on Tuesday, 12/22/20, which would have been her 88th birthday!  It will be held at 2 pm at Pajaro Valley Memorial Park. There is a viewing at 12:30 pm at Ave Maria Memorial Chapel.

Anyone wishing to donate in her honor may do so to Hospice of Santa Cruz or Twin Lakes Church, Aptos, where she worshipped for many years.