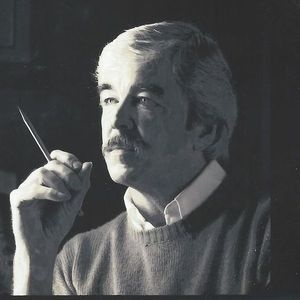 Clay Maxwell Pamphilon, 74, died Thursday, January 5th, 2017 at his home with his family after a long battle with cancer. He leaves a wife of nine years, Elena, his daughter Lisa, sons Cameron and Sean and three grandchildren. Born and raised in the East Bay, son of Max and Marjorie, Clay moved to the South Bay to raise a family. In the early years he attended El Cerrito HS and then went on to Cal-State Hayward for his bachelors degree and to UC Berkeley for graduate school.
He began working in local television at the age of 17 as a stage manager. He later directed the newscasts at several Bay Area television stations, including KNTV, channel 11, where he worked for over a decade. Known for his work ethic, intelligence and creative energy, Mr. Pamphilon eventually changed fields and went into advertising, first as a copywriter and account executive. Eventually he became the creative director and partner in a well known agency from Mountain View, called Rigoli, Pamphilon, Demeter. Pamphilon was the creative force at the agency and conceived and executed many nationally recognized, award winning campaigns. A singer-songwriter at heart, Clay Pamphilon played guitar and wrote dozens of songs and it was this creative fire that led him to retire from corporate America at the age of 51 and move to Spain, with the intention of writing the Great American Novel. Despite a valiant attempt, the novel was never completed, as Mr. Pamphilon fought off cancer a handful of times over the next two decades. In the Spring of 2016, Mr. Pamphilon moved home to the US to spend his remaining time with his loved ones.

To send flowers to the family in memory of Clay Pamphilon, please visit our flower store.