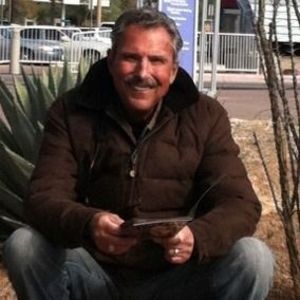 Daniel E. Lester, aged 75, passed away peacefully at home surrounded by his family on Aug. 15, 2014, the day that commemorates the Assumption of the Blessed Virgin Mary into Heaven.
Dan was born on Oct. 8, 1938 to proud parents Ed and Willa Lester, residents of Santa Cruz, California. The family moved to Watsonville where Dan attended Freedom Elementary School and Watsonville High School - where he met his only love and lifetime soulmate, Patricia Copriviza.
Inspired by the popularity of rock and roll, Dan learned to play the guitar and recorded four original songs - making him a popular local musician. He decided, however, that a career in music would not become his life's pursuit.
After graduating from Santa Clara University in 1960, Daniel and Patricia were married at St. Patrick's Parish in Watsonville on June 11 of that year. After settling into their first home on Green Valley Road, Watsonville, Patricia gave birth to five children in the first six years of their marriage. The children attended Moreland Notre Dame in Watsonville, followed by Aptos High School before moving on to various colleges and careers.
Dan launched his career in the home sales industry and eventually formed a partnership with trusted colleagues Richard Roach and Don Gardiner, with a focus in commercial development. William Locke-Paddon later joined the firm known as Lester Roach & Gardiner, which currently owns and operates residential and commercial property in Santa Cruz County.
Dan was always full of life and adventure, and he relished worldwide travel - collecting art and antiquities along the way. He loved to share his lust for life with his family and friends, and often traveled with them on trips to places such as Asia, Africa and Indonesia. His worldwide travels inspired him to create impressive paintings with Aboriginal, Asian and Pre-Columbian influences - recognized by many as superb works of art. He was intensely interested in the history and culture of the places he visited, and loved to collect relics of the past and display them with pride and knowledge, always ready to answer questions about the ancient artifacts he had collected.
Saltwater and freshwater fishing was a great source of enjoyment to Dan, and he recently won a world-class fishing tournament in Mexico. As a testament to his achievements, his family office, Lester Company, is adorned with many of his trophy fish.
Following his lifetime dream of owning a ranch, Dan purchased land in the Aptos hills, planted a successful vineyard that has produced many award-winning wines. He and Patricia later built their dream house on the ranch - always a welcoming venue for family, business and charitable gatherings.
Dan was a unique man who was well loved by all his family. He had the rare ability to make people feel intensely important in his presence, and built bonds of friendship with almost everybody he encountered throughout his life. As a successful man, he was generous to those in need and always ready to give a helping hand. He was moved by the inequalities he observed throughout his life and travels and made a habit of being generous to others and helping them pursue their dreams.

In the passing of Dan Lester, the community has lost a true renaissance man who will be greatly missed by all who knew him.
He is survived by his wife Patricia, sons Mark (Suzy), Sean (Lori) and Joseph his daughters Lori Johnson (Steve) and Kelly Armstrong also his grandchildren Megan and Logan Johnson, Jackson Armstrong, Tobin and Annie Lester and great grandson London Johnson. He is also survived by his first cousin Steve Benson (Evette).
In appreciation for the services provided, the family requests that contributions in Dan's memory be made to Hospice of Santa Cruz County, 940 Disc Drive, Scotts Valley, CA 95066.
The link to Daniel Lester's obituary website on Legacy.com is http://memorialwebsites.legacy.com/DanielELester/homepage.aspx

To send flowers to the family in memory of Daniel Lester, please visit our flower store.