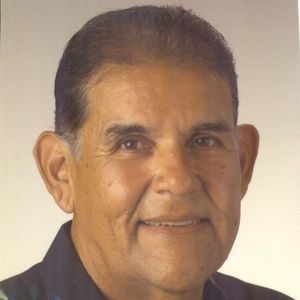 David Valenzuela, 65, passed away on Sunday, April 6, 2014 in Watsonville, where he was also born on May 19, 1948. He was a lifelong resident of Santa Cruz County and was self-employed.
David enjoyed dabbling in auto and real estate sales for many years and had successful hunting and fishing trips during his life. He enjoyed BBQs with friends and family and especially loved golf.
He was preceded in death by his parents, Jose and Natividad and his beloved dogs, Lucas and Dago.
He was the youngest of four and is survived by brothers; Alfred of Watsonville; Roy of Salinas and Gilbert of Reno, Nevada along with four nephews and numerous friends and cousins.
His brother would like to extend thanks to the nurses and staff at Country Villa for their kind care during David's stay.
Private cremation has been done; no services will be held. Donate to a charity of choice in David's memory.

To send flowers to the family in memory of David Valenzuela, please visit our flower store.