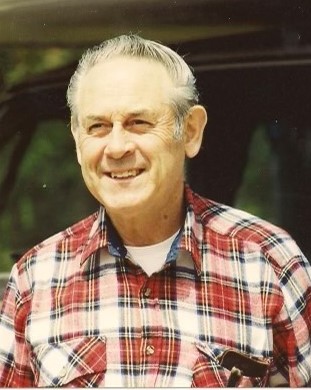 Donald Chester Nohrden born May 6th 1924, passed away June 29, 2022 at the age of 98 years old.
Donald was a life-long resident of Watsonville California. He loved reminiscing about his childhood like the time he was 5 years old and hopped on his tricycle, aiming for his cousin’s house about 5 miles away, only to be picked up by his Uncle about 4 1/2 miles into the journey. At the age of 12 he worked delivering milk. He loved to hop off the truck, run to the door, leave the milk and hop back on the truck, all while it was still rolling along.

On January 12th, 1943, Donald made the decision to serve his country by joining the United States Navy. He served 2 1/2 years on the USS Salt Lake City, during which he was able to witness the American Flag that was raised on Mt. Suribachi at Iwo Jima. After his honorable time spent in the US Navy Donald came back to Freedom, California and with his father’s invitation, joined the Masonic Lodge at Watsonville, California, who awarded him in 2021, the Diamond Jubilee for his 75 years of membership.

Donald was also active in the Pajaro Valley Horseman’s Association where he met his Bride of 72 years, Gloria Berglund.
Donald and Gloria established a beautiful homestead in the Santa Cruz Mountains, where they raised their 4 children.
Through the years Donald enjoyed traveling around the USA and Canada and even sailed the seas on a Panama cruise. Donald worked in the printing industry for 50 years and was awarded “Pressman of the Year” for the 1979-1980 seasons.

Donald, resided in his home of 66 years (alongside his wife), in the Santa Cruz mountains, where they enjoyed watching the horses roam the hillside, the dogs playing around the yard, and meowing at the cats as they walked by.