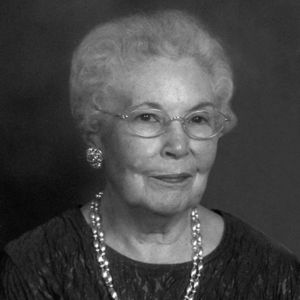 Dorothy Couchman died at her home in Corralitos on Monday, March 17, 2014, following her recent battle with pancreatic cancer. She was 90.
Mrs. Couchman was born on November 25, 1923 in North Bend, Oregon, and had been a resident of Rancho Corralitos Mobile Home Park since December 16, 1969. Her family moved from Rain Rock, Oregon in 1929, and she lived in California for the rest of her life. Almost all her school days were in Sacramento, CA.
After her graduation from High School in 1942 she joined the State Guard, achieving the grade of Technical Sergeant, where she served until dissolution of the unit on January 30, 1943.
On January 8, 1944 she married William Q. Collins with whom she lived until his death on May 13, 1988. They lived in the Peninsula/San Jose area until they moved to Corralitos in 1969. On November 2, 1989 she married Paul Couchman Jr. with whom she has lived for the last 24+ blessed years.
Dorothy was a member of First Baptist Church of Watsonville, and of the Auxiliary of the Gideons International since 1973, where she has served as Watsonville Camp president since 2003.
She is survived by her husband Paul; by her sister Betty Olson of Silverton, Oregon; by her three sons, Dennis of Coarsegold, CA, Gary of San Jose, CA, and Jay of Watsonville, CA; by four grandchildren and three great-grandchildren; as well as step mother of two sons and two daughters; and ten step-grandchildren and fourteen step-great-grandchildren.
A memorial service to celebrate her life will be held Saturday March 29, 1:00 PM at First Baptist Church. Reception following in the Reception Hall.

To send flowers to the family in memory of Dorothy Couchman, please visit our flower store.