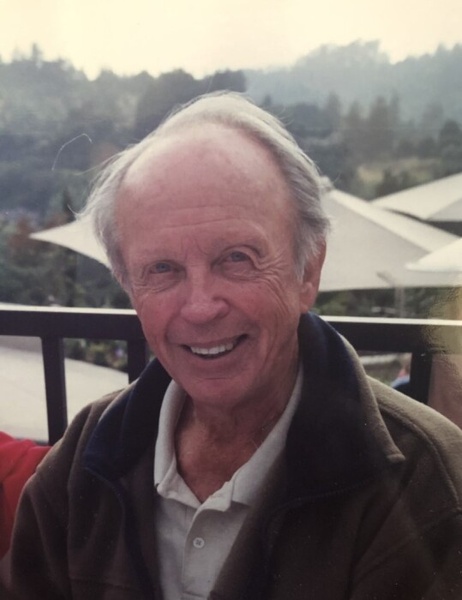 Doug was born in San Francisco on November 8, 1927. Raised in Watsonville by his Mother, Mildred, and Grandmother. Doug attended Mintie White, Moreland Notre Dame, EA HAll and Watsonville High School, graduating in 1946. A natural athlete, Doug lettered in Football, Basketball, and Baseball. Doug turned 18 and was drafted into the US Army while he was still a Senior in high school. After graduation Doug went on active duty. He trained at Fort Ord and was sent to Korea with a tank battalion. After his time in the Army, Doug returned to Watsonville, and, using the GI Bill, enrolled at Hartnell College, where he met his future bride, Diane. From then on, the two were mostly inseparable. Doug earned his AA from Hartnell in 1951 and he and Diane both went on to San Jose State University, achieving their Bachelor’s Degrees in Industrial Arts and Home Economics and their lifetime teaching credentials in 1954. Doug married Diane in June of 1955. Nancy, the first of two Severin children, arrived in May of 1957, followed by Michael in 1959. Doug started his teaching career at Santa Cruz High School, until taking a job teaching Drafting at Soquel High. Doug coached JV Football and JV Basketball for both the Cardinals and the Knights. He would often leave right after JV games to go scout future opponents for the Varsity teams. An avid outdoorsman, Doug loved fishing, hiking, and camping. He and his good friend, and fellow coach, Milo Badger, developed a Summer Camping Program at Hell Hole Reservoir, sharing their knowledge and enthusiasm for the Sierra with multitudes of Central Coast teens. For many, it was the first time they camped out, caught or cooked a fish, and experienced nature up close. An avid skier, Doug joined the National Ski Patrol in 1974. Ever the teacher and coach, he became a First Aid Instructor and Trainer of new members. Each winter, for 22 years, Doug made almost weekly trips to work (as a volunteer) on the mountain. In retirement, Doug continued to hone his skill as a fly fisherman and became an expert at tying flies. As a member of the Santa Cruz Fly Fishing Club, Doug traveled extensively throughout the West searching out still waters and elusive trout.

Doug is survived by Diane, his wife of 66 years.

He was preceded in death by his children, Nancy and Michael, and his mother Mildred.

To send flowers to the family in memory of Douglas Severin, please visit our flower store.