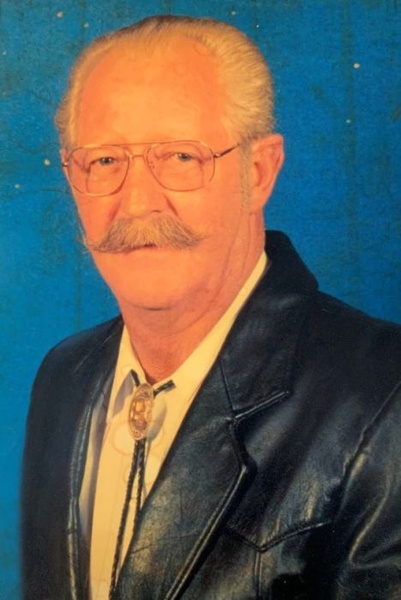 Earl was born in Watsonville on October 23, 1938 to his parents Bertie Henry and Orville Rackley. He was the youngest of five siblings. Earl lived life to the fullest. He was a hardworking Diesel Mechanic retiring after 20+ years for the Santa Cruz Metro Transit District. Earl was married in 1958 to Miss Bobbie Ann Smith of Aromas, celebrating their 60th Wedding Anniversary just last year. Two years after they were married they had their only child, a daughter Tina Marie. Earl’s life was dedicated to his family, spending all his free time with them. Camping and fishing was his favorite weekend past time. He loved country music , and dancing to it. He and his wife even took up square dancing years ago. He belongs to many clubs during his life from camping clubs, to archery clubs. After retirement his love for music lead him to playing a 10 string steel guitar. Earl and his wife love adventure so much that took them all over the United States seeking popular fishing holes. And when the fish weren’t biting the two of them enjoyed 9 different cruises to places like Hawaii, Mexico, Canada and the Bahamas. He enjoyed going anywhere with his wife and they share countless fond memories together. He was also a passionate woodworker making many furniture pieces that can be seen through out his home. He also loved building whirly birds, displaying them around his beautiful pool in the backyard. Gardening and fiddling with various projects were hobbies of his that kept him busy these last few years. He even built several remote control airplanes and flew them with his friend who lived a couple doors done. Most recently Earl and his wife even planted many fruit trees and has enjoyed the fruit of their labors canning hundreds of jelly preserves. If you were lucky enough to be invited for dinner Earl loved BBQs and baking breads and his talents were enjoyed by the delicious food he prepared. He was a dedicated sports fan along with his wife and they watched many football games together with their faithful dog Pierre by their side. Spending quality time with his friends and family were moments that Earl cherished dearly. He was a resident of Watsonville all his life moving to Los Banos in 1995 where he bought a lovely home that his family resides in today.

He is survived by his wife, Bobbie Ann Smith; and his daughter Tina Marie Rackley-Allegre. He was preceded in death by his siblings Lucille Hance, Marian Sauls, Orvil Rackley, Jr, and Howard Rackley.

A service will be held on Monday January 21, from 11AM to 1PM (doors open at 9am) at Ave Maria Memorial Chapel located at 609 Main St. in Watsonville with a burial to follow directly (1pm-2pm) after at Pajaro Valley Memorial Park located at 127 Hecker Pass Rd. in Watsonville. Family and friends are invited to gather together for a deli buffet and cake and coffee at the Elks Lodge at 121 Martinelli Street, Watsonville from 2pm-6pm.

To send flowers to the family in memory of Earl Rackley, please visit our flower store.