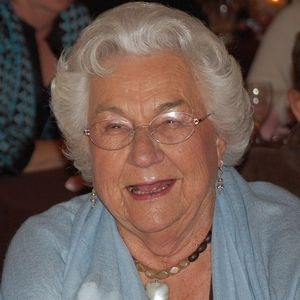 Eleanor Lehman Murphy was born on September 25, 1922 in Moss Landing, CA to William and Daisy Lehman. A lifelong California resident, she made Watsonville her home for over 70 years. She graduated from Watsonville High School in 1941 and married the love of her life, Walter Murphy, in October 1941.
Eleanor enjoyed playing bridge, traveling and knitting. She hosted a weekly quilting group for friends and family and was a master quilter. She was a devoted friend, mother, grandmother and great grandmother and many considered her a part of their own family.
She was preceded in death by her husband, Walter, her brother William Lehman, Jr., and son-in-law John "Jack" Corrigan. She is survived by her daughter, Barbara Corrigan, sons Dan (Elaine) Murphy, and Terry Murphy, grandchildren Julie (Gus) Paz, John (Julie) Corrigan, Katie (Alex) Cuevas, Joe (Jeanine) Murphy, Brandon (Amanda) Murphy, Taylor Murphy and Cristin (Tyler) French and 15 great grandchildren.
Loved by many, she will be remembered forever.
A memorial mass will be held on Monday, March 5th at 11am at St. Patrick's Catholic Church in Watsonville. In lieu of flowers, donations may be made to Moreland Notre Dame School, Hospice of Santa Cruz or Corralitos Women's Club.

To send flowers to the family in memory of Eleanor Murphy, please visit our flower store.