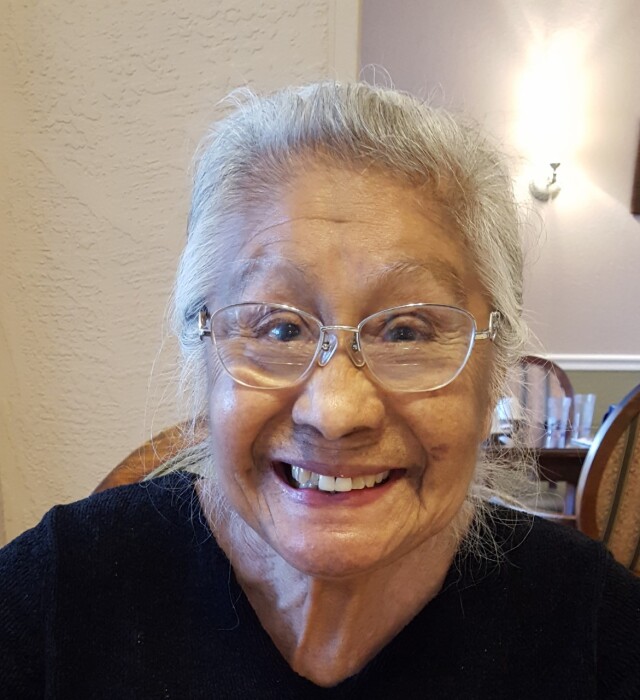 Elizabeth Perez Valencia, Sunshine Villa, Santa Cruz, passed away after a long struggle with Alzheimer’s on May 1, 2021 at the age of 90.

Elizabeth was born November 30, 1930 in Madera, California to Guadalupe and Francis (Alvarez) Perez where her parents had homesteaded. Elizabeth was raised primarily in Madera and would travel between Madera and Watsonville as her father was a sharecropper. She later moved to Watsonville, married, had two daughters and lived as a military homemaker living and traveling throughout the United States and Europe.

Through the years, she was employed at Sprouse Reitz, Ford’s Department Store, Penny’s and OSH. Elizabeth served as a Girl Scout leader in Europe and after returning to Watsonville, she served on various committees with her church and the Watsonville Women’s Club Board of Directors. While in Europe, she discovered long-distance footpaths or hiking trails known in France as “Sentiers de grandé randonnée” as it answered her passion for the outdoors while allowing time spent with family and friends. Her love for dancing found her a spot on a local Folklorico group that would dance throughout the Santa Cruz County.

Due to COVID restrictions, a memorial service will follow in the Fall of this year.

We will always carry your memory in our hearts.