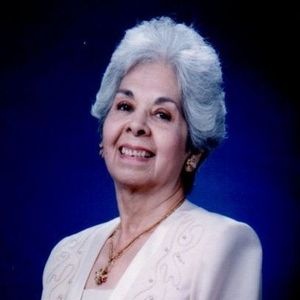 On Saturday, December 26, 2015, Elvina Rubalcava passed away at El Camino Hospital surrounded by her children in Mountain View, CA following complications from heart surgery. She was 91 at the time of her death.

She was born in Silver Bow, Montana on January 26, 1924 to Rosalio Luna And Maria Esparza Luna. Her parents and siblings Jesus (Eva), Jose (Maria), and Catalina (Raymond) Montalvo all preceded her in death. After the death of her father in a mining accident in Arizona, her family moved to Villa Hidalgo, Jalisco, Mexico and later to Juarez, Chihuahua, Mexico.

She met Antonio B. Rubalcava in El Paso, Texas and was married in 1943. She went with her husband to several Army bases in Texas and Oklahoma until he was stationed in Alaska and later the South Pacific. After the end of World War II, they lived in El Paso, where she had 11 of their 12 children, raising them as a stay at home mother and homemaker. In 1964 the family moved to Watsonville, CA where she had her 12th and last child. She worked at Del Mar Foods for several years before going to J.J. Crosetti, where she worked for 13 years.

She is survived by 9 loving children; Elvia (David) Bockman, Yolanda (Anthony) Becerril, Salvador (Stella), Cecilia, Antonio Jr. (Diane), Leticia Martinez, Gina (Eden) Hurtado, Jorge, and Grace (Anthony) Martinez. She was preceded in death by 3 daughters, Patricia (Oscar) Esquer, Irene (Arturo) Cortez, and Lucila. She is also survived by 25 grandchildren, 48 great grandchildren, and 3 great great grandchildren and several nieces and nephews.
She was a loving wife, mother, grandmother and aunt who touched the hearts of all who knew her. She loved to cook huge meals for holidays and special occasions. Her tamales and mole poblano are legendary among the many delicious meals she prepared for her family and friends. She gave a helpng hand when it was needed and always had words of encouragement for everyone.

Mom, you will always be loved and cherished in our hearts and we await the time when we can be with you again.
Visitation services will be held on Monday, January 4, 2016 from 5-9 PM with a recitation of the Rosary at 7 PM at Ave Maria Memorial Chapel, 609 Main St. Watsonville. Mass will be celebrated on Tuesday, January 5, 2016 at 10 AM at Saint Patricks Church with burial to follow at Valley Public Cemetery.

To send flowers to the family in memory of Elvina Rubalcava, please visit our flower store.