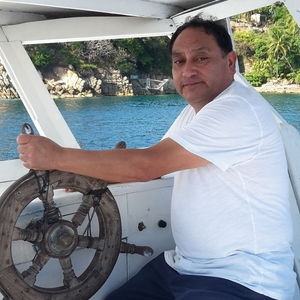 On Friday, September 23, 2016 Enrique Serrano Castro unexpectedly passed away in Watsonville, CA. He was 58.
Enrique was born on June 15, 1958 in Xochimilco, Mexico.
Enrique was a man of many traits and characteristics. He went to school for 9 years and owned Mi Mexico Restaurant. He loved many things about life such as soccer, dancing, running, working and being a role model for his family and friends. To a loving Husband, Father, Brother, Grandfather and Friend you will forever missed and your memory cherished.
Enrique is survived by his beloved wife, Rosalinda Serrano and his children; Herlinda (Antonio) and Enrique Jr.(Veronica) Serrano. He is also survived by his siblings; Alicia, Martin, Alberto, Magdalena and Bernadino Serrano his 4 grandchildren, parents; Margarito Serrano Granados and Francisca Castro Altamirano.
Visitation services will be held on Sunday, October 2, 2016 from 4-9 PM with a recitation of the Rosary at 7 PM at Ave Maria Memorial Chapel. Mass will be celebrated on Monday, October 3, 2016 at Saint Patricks Church at 10:30 AM with burial to follow at Valley Public Cemetery.

To send flowers to the family in memory of Enrique Serrano Castro, please visit our flower store.