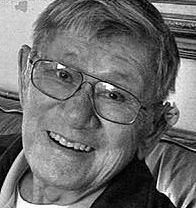 Ernie arrived in Watsonville in 1939 and attended local schools, including the Chinese School in Pajaro. In 1943 he enlisted in the Army Air Corps at the age of 17 A½. He became an aviation cadet and attended Montana State Universit, . After graduating from bombardier school in Big Spring, Texas, he was assigned to and graduated from air radar school. He was assigned as a radar instructor at Davis-Monthan AFB in Texas until the war's end. He then served in the Air Force Reserves with the rank of Captain.

Ernie became a partner in Daylite Market in 1953. He joined many community clubs including 20-30 Club, Lion's Club, PV Rod and Gun Club, and the American Legion. Ernie was also the proud scoutmaster of Troop 98, sponsored by the American Legion, for fourteen years. His favorite memory of that time was taking the troop on 50-mile treks in the High Sierra. Ernie was the first person of Chinese ancestry to serve on the Watsonville City Council. An avid golfer, Ernie won the Pajaro Valley Golf Club Men's Championship at the age of 58. He also scored six holes-in-one, including four at PV Golf Course.

His marriage to Alice Chin in 1948 culminated a childhood romance. They had three sons: Michael (Kathy), Steven (Debbie), and Kelly, and six grandchildren. His wife Alice died on May 28, 2014.

Ernest Wong will be remembered and loved for his sense of family, his generosity, hard work, humor, and enthusiasm for golf. At Ernie's request there will be no memorial service. In the near future the family will host a celebration of their lives.

To send flowers to the family in memory of Ernest Wong, please visit our flower store.