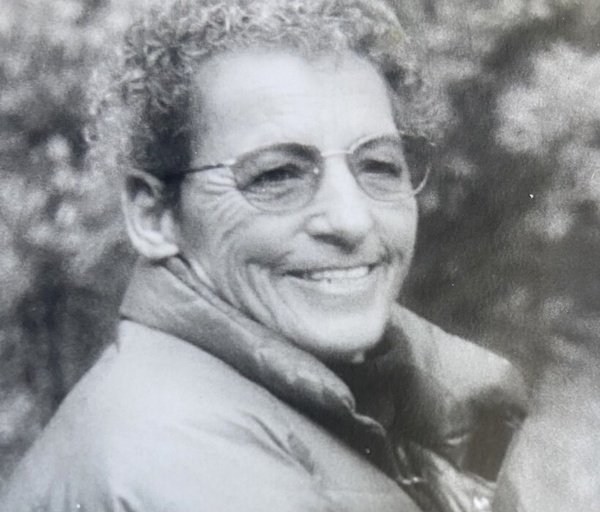 Eunice Sears, 91, passed away peacefully at home with family by her side on July 8, 2021.  She was born in Coalinga, Ca. on Nov. 8, 1929 to Tony and Eugenia Schiavon. She moved to Freedom, Ca. when she was one year old along with her 3 older brothers, Louis, Dante and Mart. She graduated from Watsonville High School and then went to Hartnell College.  She worked for Granite Rock before starting her family. She married Richard Stewart and had 2 children, Dante and Debi.

She married Kenny Sears in 1959 and settled in Watsonville. They traveled a few seasons in the early 60’s to New York for his pro basketball career with the family. Their next adventures took them to Mexico and eventually Mismaloya, Puerto Vallarta where she spent a few winter months for over 30 years. She made lifelong friends from Switzerland, Canada and several states while there.

Her family meant everything to her.  She was deeply Christian and lived in faith all of her life affecting those she knew with an open and loving heart.  She’s described as the nicest, sweetest, loving and fun person and someone you could talk to.

She has lifelong friends, Coral Fisher since first grade,  Jim and Carol Ivelich and many high school friends including the “B40” girls, a fun loving group, and an extended family that has grown through the years.

She’s preceded in death by her beloved husband, Kenny Sears.

She leaves behind Dante Stewart (Sarah), Debi Barry (Bob), Beloved brother and sister-in-law Louis and Lea Schiavon, grandchildren Shane, Kelley, Samantha and Bridget and 3 great grandsons Hayden, Garrett and Jacob, her nieces and nephews and a myriad of loving and dear friends.

A celebration of life will be held at her home on August 21. Contact family for details. In her honor forgive someone and donate to a favorite charity.

Many thanks to her caregivers, Dr. O’Grady, Watsonville Hospital and Hospice nurses and staff, Dr. Woo and Ave Maria for their T.L.C.

To send flowers to the family in memory of Eunice Sears, please visit our flower store.