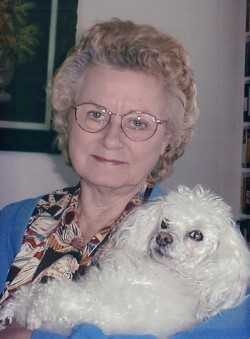 Evelyn Beeson passed away July 11, 2018 at the age of 88. She was born in Taft, California and attended Taft High School where she met her future husband, Donald. They moved to Watsonville in 1951 where Don taught woodworking and math at E.A. Hall School. Evelyn worked for Bank of America until the birth of their daughter, followed a few years later by their son. Evelyn then began a career at J.C. Penney Company that lasted 25 years.

Evelyn had numerous hobbies including gardening, sewing, knitting, camping and reading. She was an excellent cook and enjoyed inventing new recipes.

She was preceded in death by her husband, Donald. She is survived by her children, Jill and Dale, and two grandchildren, Heather and Jason.

To send flowers to the family in memory of Evelyn Beeson, please visit our flower store.