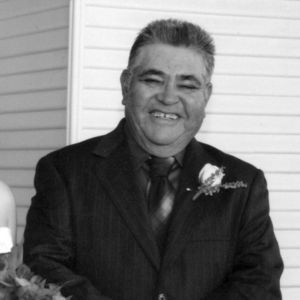 
Felipe Cortez of Watsonville, California died on December 1 at the age of 72.
He was born on April of 1942. He died at Watsonville Acute Care surrounded by his children Erma Nunes Cortez, Patricia Hidalgo Cortez, and his son Jaime Cortez. Felipe is also survived by three grandchildren and twenty-three nieces and nephews.

He was born in MichoacA�n, Mexico and moved to Watsonville from San Juan Bautista in 1974. Before retiring, he was a longtime warehouseman and forklift driver at S. Martinelli Company.

Family and friends may come see him on Friday, December 5 from 10:00 a.m. till 2:00 p.m. at Ave Maria Memorial Chapel in Watsonville. His church service will be at 2:30 p.m. at the Church of the Assumption in Watsonville. His burial will be on Saturday, December 6 at 10:00 a.m. at the San Juan Bautista cemetery on Monterey Street in San Juan Bautista.

To send flowers to the family in memory of Felipe Cortez, please visit our flower store.