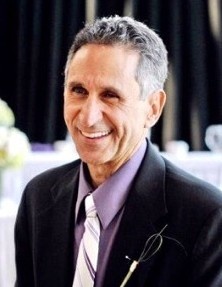 On November 3, 2020, Felipe Joel Duran Tejada peacefully passed away.  He was 67 years old.

Felipe was born on October 16, 1953 in the Dominican Republic.  He then moved to New York where he lived for 17 years, to Florida where he lived for 22 years, and then to La Selva Beach in 2015 where he resided until his passing.   Joel lived his whole life loving God and loving others.  He spent much of his life in service to those around him.  He spent hours daily studying the word of God, enjoying creation outdoors, spreading God’s love to friends and family, and was a lifelong fan of baseball.  He was a light of compassion and support to everyone who met him.  His most loved transition in life and greatest pride was becoming a grandfather.  He was a selflessly devoted father, and the immeasurable amount of love and attention he happily gave his wife was admired by all who had the privilege of knowing him.

Felipe was preceded in death by his parents, Pascual Duran and Marina Tejada; along with his five siblings China, Manuel, Altagracia, Quirino, and Senia.

He is survived by his loving wife Kathy Duran; his two children Joel D. (Alejandra) Duran and Ruth (Ronald) Siregar; and his seven siblings Victor, Ricardo, Euclides, Virginia, Caonabo, Celina, and Jose David.  He is also surived by his four grandchildren, David Alejandro, Adriana Victoria, Rylee, and Ronalia; along with numerous nieces and nephews.

Visitation services will be held in honor of Felipe on Friday November 6, 2020 5:00PM to 9:00PM at Ave Maria Memorial Chapel, 609 Main St. Watsonville.

To send flowers to the family in memory of Felipe Duran Tejada, please visit our flower store.