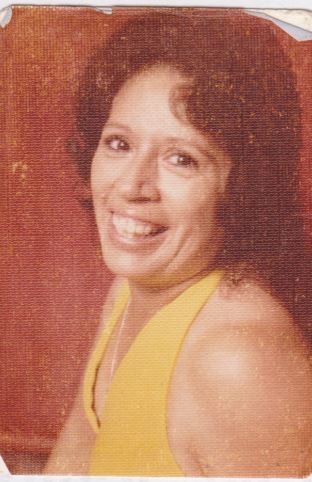 On January 26, 2019, Frances Jean Alexander passed away quickly and painlessly, surrounded by family.  She was diagnosed with pancreatic cancer one month prior.  Throughout, she never felt pain, was not required to be on machine assistance of any type and was able to remain home until the last final hours.  She passed at Dominican Hospital.

Frances was born August 8, 1937 in St. Joseph, MO. She was the middle child of three (siblings, Juanita and Manuel).  She is survived by her husband of 38 years, Dan, her brother Manuel, her cousin Lupe, whom was like a sister, and her children and grandchildren. She was the proud parent of five children and grandma (or Appaday as she’d been nicknamed): Gina Mellen Pye (Grant Mellen, grandson), Sheila Parrott (Andrew Parrott, grandson), Jody Parrott (Leia Plaza, granddaughter), Helena Conner, and Joseph Parrott (Bobbie Parrott, grandson).

Many will remember her and her husband as pinnacle hosts and members of the Watsonville Rod and Gun Club.  They spent over 35 years assisting behind the scenes and dancing the night away at functions.  She was always the life of the party.  And, at 4'11" with her husband being 6'2" they made quite the pair on the dance floor! She was also an avid bingo player and frequently traveled to various local casinos to try her luck there, accompanied by her “Bingo Bunch” who were more than mere acquaintances.  One fond memory includes her not wanting to take part in a shooting competition; but her husband, Dan, talked her into it.  Guess what? She out shot him and won first place!

A strong woman who never lost her sense of humor through some experiences that would have broken others with less moxie.  She was fun, stubborn, and adventurous.  A master at playing games...she was grand champion at Jack's and so competitive that she once broke her finger playing cards with her grandson, Grant.

Having a green thumb, she could grow anything, including a 100 foot avocado tree in her backyard that she grew from seed.  She once entered a 300 pound pumpkin into the county fair.  Her family and friends will miss her abundance of fresh fruits and vegetables she gave away yearly.

Frances will be remembered for many, many things such as laughing, dancing, cooking, always being open to exploring the world. She and her children often traveled to Europe, Mexico or Central America.   There was no problem she couldn’t solve; for example, when she was tired of working around the four posters on the king size poster bed she shared with her husband, she took a chainsaw to them – Problem Solved!

She kept life fun.  Nothing stopped her.  She will be missed by all!!

To send flowers to the family in memory of Frances Alexander, please visit our flower store.