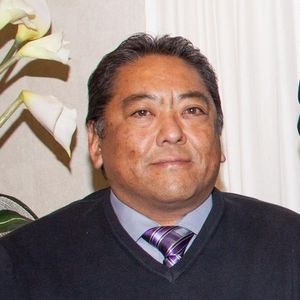 On Thursday, April 7, 2016 Frank M. Okamoto passed away surrounded by his family in Moss Landing. He was 50.
Frank was born in Los Angeles, CA and then became a long time resident of North Monterey County.
Frank graduated from North Monterey County High School and attended Hartnell College. Frank was a man of many wonderful traits. He worked for various jobs and lastly as a technician for a soil engineer. Frank was a bowler, golfer, avid sports fan and his favorite team was the Oakland Raiders.
Frank was preceded in death by his father; Takeru Okamoto.
He is survived by his mother Itsuko Okamoto and siblings; Michael, Charles and Roy (Mae) Okamoto.
A visitation will be held on Saturday, April 16, 2016 at The Watsonville Buddhist Temple at 10:30 with a service to follow at 11 AM.

To send flowers to the family in memory of Frank Okamoto, please visit our flower store.