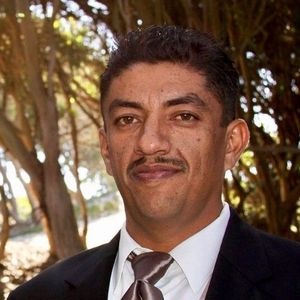 On Friday, April 6, 2018 Gabriel Gonzalez peacefully passed away surrounded by his family. He was 44.
Gabriel was a native of Ranchos De Arriba Nayarit, Mexico. He loved the San Francisco 49ers, bbqing, spending time with his daughter, family and friends. Gabriel worked as a farm worker, a sales representative in car dealerships, real estate agent, business owner and did side jobs around the community. He also enjoyed fishing, playing golf, watching football, listening to music, helping and volunteering for the community. Gabriel came to the US as a toddler and attended local schools and was a local resident of Watsonville for 41 years.
After the passing of his parents, Gabriel was raised by his paternal grandmother whom he loved very much. As an adult, Gabriel became a proud business owner of El Miramar Restaurant. He also was a real Estate Agent whom helped many purchase their first home. He also became a local politician and advocated for the improvement of the Watsonville Community and its people. Gabriel had a great sense of humor and at times was sarcastic. Gabriel will be greatly missed by all who knew him and will always live in our hearts and memories.
A golden heart has stopped beating, a great man has been put to rest, with broken hearts we have some peace knowing that God has reached out to him and an Angel is on his way to heaven.
Gabriel is survived by his daughter, Solei Gonzalez and his siblings; Guadalupe (Trinidad Martinez), Agustin (Erika Jimenez), Yesenia (Adal Gonzalez), Miguel (Melissa) Gonzalez, Javier (Brenda Lomeli) Gonzalez and John Garcia. He is also survived by many nieces, nephews, aunts, uncles, cousins, godchildren, friends and extended family.
A visitation will be held on Sunday, April 15, 2018 from 5-9 PM at Ave Maria Memorial Chapel with a recitation of the Rosary at 7 PM. Mass will be held on Monday, April 16, 2018 at Valley Catholic Church at 1 PM with burial to follow at Valley Public Cemetery.

To send flowers to the family in memory of Gabriel Gonzalez, please visit our flower store.