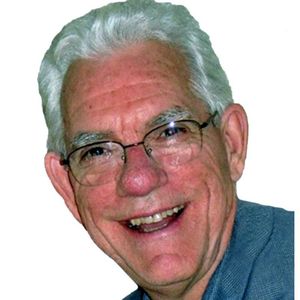 Don, a long time resident of the Bay Area, who in retirement moved to Capitola, passed away on Jan.11, 2017 due to Alzheimer's disease. He was born in Portland, OR. Don is survived by his wife of 45 years, Luisa; his daughter, Camille; his grandchildren, Sebastian and Sabrina; and his sister Elaine. He is preceded in death by his parents, Margaret and Francis "Blackie"; and his brother Gary.
Don developed an early interest in Latin American culture. A book he read on Donald Duck visiting there inspired him to obtain a Masters Degree in Latin American Studies from UCLA. He had a strong calling to mentor youth in Latin America. Because of this he took leave both from his studies at Santa Clara University and his brokerage career. He served as a Peace Corp volunteer in Colombia and as Director in the Dominican Republic. He established the Latin American Educational Fund (LAEF) through which he was able to motivate young Latin American baseball athletes to get an academic education while developing their athletic skills. In recognition, the Latin Baseball Hall of Fame Organization presented him with the 'Tomie La Sorda Award'. He has also been honored with the SCU Ignatius Award. The MLB operations in the DR and the Puerto Rican Baseball Academy High School in PR have also acknowledged Don for his accomplishments.
He will be remembered for his generous, loving heart; his vibrant, joyful, charismatic spirit; and for his determination in helping others to succeed.
A Funeral Mass will be held at 10:30 a.m. on Feb. 2, 2017 at St. Joseph's Church at 435 Monterrey Ave. in Capitola. Lunch and a farewell gathering will follow in the Church Hall.
Instead of flowers, donations in his name to the Alzheimer's Association at 1777 A Capitola Rd Santa Cruz, CA 95062 would be highly appreciated.