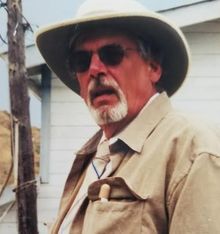 Glen A. Witmer passed away peacefully at home surrounded by his family on Saturday August 12th, 2017.

Glen was born on August 18, 1942 in Carmel, CA to his proud parents Fred and Virginia Witmer. He graduated from Watsonville High School in 1960, attended Cabrillo College, and served 6 years in the California National Guard as an E6 Sergeant. He also worked for Pacific Telephone Company for 3 years as a Communications Consultant before entering a 14 year career in law enforcement in Pismo Beach and Watsonville CA. He obtained a lifetime teaching credential while working in law enforcement. He coached his son Derek in little league and was a long time 4-H leader for both Derek and his daughter Wendy. He loved to travel with his wife Diane and his best pal Pat Leary. Some of His favorite spots were Cambria, Tahoe and Sardine Lake.

He is survived by his loving wife Diane Witmer; his daughter Wendy Witmer Wallace and son-in-law Melvin Wallace; his son Derek Witmer and his daughter-in-law Allison Witmer. He is also survived by his grandchildren Jordan Wallace Romero, Jazmin Wallace, Mikayla Witmer, Clint Barsi, Lexi Barsi; and great-grandchildren Rhylan Romero and Brayden Borboa; along with his niece, 4 nephews and his loyal companion Patches.

Funeral Mass will be celebrated on Tuesday, August 22, 2017 at 10:00 AM at Valley Catholic Church followed by the Committal at Valley Public Cemetery.

Arrangements have been entrusted in the care of the Carroll Family from Ave Maria Memorial Chapel, www.avemariamemorialchapel.com

To send flowers to the family in memory of Glen Witmer, please visit our flower store.