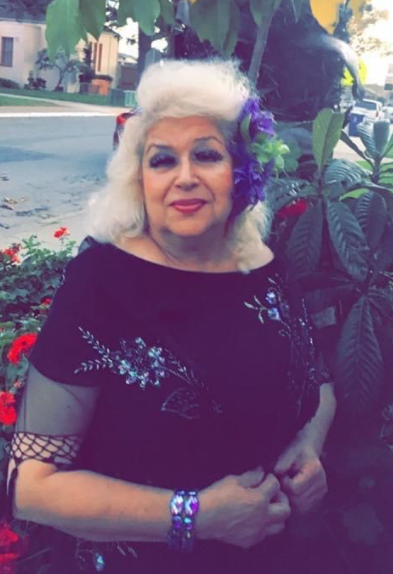 Gloria Betancourt passed away surrounded by her loving family on February 13, 2021.

Gloria was born in Guadalajara, Jalisco, Mexico, and she immigrated with her family to California in 1961. Settling with her parents and brothers in Watsonville, Gloria started working for the Watsonville Cannery where she worked for many years while raising a family of her own. In September of 1985, Gloria was one of the leaders of the historic Watsonville Cannery Strike where she marched alongside Cesar Chavez and Jesse Jackson. Along with other union women, she led the longest cannery strike in U.S. history without ever breaking their solidarity. “Women are the backbone of this strike,” said strike leader Gloria Betancourt to the SF Examiner in 1985. She fought tirelessly for social justice and her contribution to our community will never be forgotten. After the cannery, she worked at Longs/CVS Pharmacy and worked and volunteered for many years at the Watsonville Senior Center until her retirement. Always contributing to the community, she volunteered with the Fiestas Patrias, and her home was always open to those who needed a safe space to talk, rest, or be with family.

Gloria will be greatly missed by her beloved children Gidget, Frank, and Richard, her eight grandchildren, her two great-grandsons, and her daughter-in-law Jacqueline. Also left to keep her memory alive are her brother Armando Morales, numerous family members, nephews, nieces, and friends. Gloria will be reunited in spirit with her daughters Julie and Gina, her brother Tony Morales, and her beloved parents Pascual and Maria Morales.

The celebration of life for Gloria Betancourt will take place on Thursday, March 4th with a viewing at the Ave Maria Chapel from 5:00-9:00 pm and funeral services will be on Friday, March 5th at 10:00 am at the Watsonville Catholic Cemetery, 1456 Freedom Boulevard.