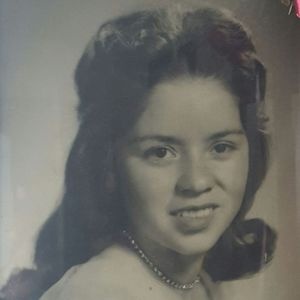 Graciela "Grace" Valdivia, 77, of Watsonville died peacefully in the presence of her family after a battle with cancer on November 10, 2016.
Born on December 13, 1938 in Bakersfield, CA. She is predeceased by her parents Eleuterio and Pilar Lopez, sister Jenny, and brother Joe.

She spent that last 57 years of her life married to Nazario "Nate" Valdivia of Watsonville, CA. After her birth she relocated to Delano, CA and then proceeding to her location of Watsonville, CA. Her life enhanced when she met and married Nate and raised five children. Her relentless personality never let anything stand in her way. Leaving school at a young age to work in the fields of Central California she completed her GED by attending night school in 1978 from Watsonville High.

Visitation services will be held on Wednesday, November 16, 2016 from 1:00-6:00 PM with a recitation of the Rosary at 7 PM at Ave Maria Memorial Chapel, 609 Main St., Watsonville. Mass will be celebrated on Thursday, November 17, 2016 at Valley Catholic Church at 1 PM. At her request she will be carried to her resting place by her grandchildren. Reception TBD.

To send flowers to the family in memory of Graciela Valdivia, please visit our flower store.