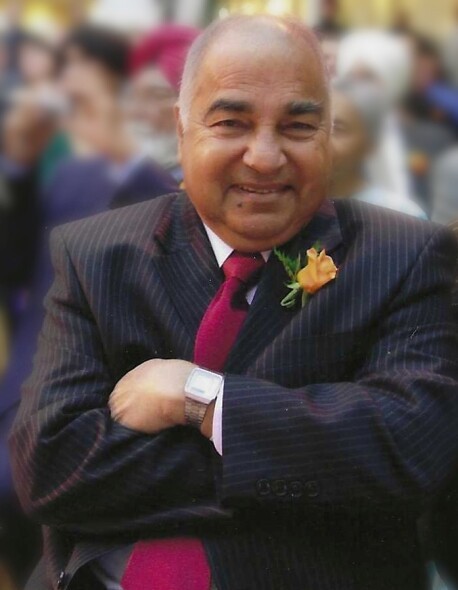 On Saturday, August 8, 2020 Gurbachan “Bachi” Singh Jauhal peacefully passed away. He was 84.

Bachi was born on December 1, 1935 in the Punjab State of India.  He has been a resident of Aptos, California since 1970.  He received his first degrees in education in India, where he taught for 4 years and was a headmaster.  He came to the U.S. as an immigrant moving on to receive his Bachelor of Arts degree and Masters degree in School Psychology from San Jose State University.  He worked for Morgan Hill Unified School District for 32 years as a School Psychologist.  He retired in 2000.

Bachi was joined in the U.S. by his three brothers and other family members over the years.  Family was very important to him.

He developed a love of music that included many different genres; over the years he was an avid collector of rock n’ roll and Indian music.  He also loved to play tennis.  Bachi was a member of Imperial Courts for over 35 years.  He spent many weekends and most of his summer playing tennis with his daughter and countless friends.

Bachi had a love of life and was always willing to have a long conversation, whether it was with someone he just met or with a lifelong friend.  Most of all, he loved his large family and wife, daughter, and grandkids.  All of whom will miss Bachi very much.

Bachi is survived by his wife, Linda Jauhal; his daughter Amrita (Scott) Jauhal-Yager; and his three brothers, Kehar (Kulvinder) Johl, Kuldip (Lakhjinder) Jauhal, and Satwant (Betsy) Jauhal.  He is also survived by his three grandchildren Jason (13), Tara (9), and Kiran (7); as well as by many nephews and nieces who was very close to.

Due to COVID-19, the family has decided to have private services to honor Bachi’s life.

To send flowers to the family in memory of Gurbachan "Bachi" Jauhal, please visit our flower store.