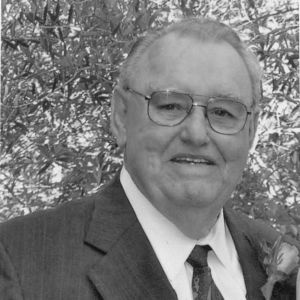 Harold N. Cross passed to the loving arms of our Heavenly Father on October 22, 2015 after suffering from cancer for several years. He is survived by his loving wife of 28 years, Mary, his 10 terrific children: Chris (Vicki), Martha Brown (Ben). Colleen, Kellen (Susan), Noel (Amy), Andrea Staton (Steve), Kathleen McCready (Michael), Brendan (Jenna), Kerstin Pocock (Tim), and Gretchen Craig (Bryan), his wonderful 26 grandchildren and 17 awesome great grandchildren, and his fun sister Anne Stahr. He is preceded in death by his parents, his first wife, and his brothers, Edward and Michael.
Harold was born in Weed, CA , the second of four children to Edward and Bonita Cross at the beginning of the Great Depression. Their mother's cooking was legendary and was part of the reason Harold learned to and loved to cook, a fact that is still celebrated by the Cross Family.
The family moved to San Jose when Harold was 14. There he got a part time job to pay his own tuition to Bellarmine, a Catholic Jesuit high school in San Jose, a fact that he was very proud of. His Catholic faith was deepened under the guidance of the Jesuits and sustained him throughout his life.
At age 19 he married Norvella Pitney, the mother of their 10 children. His children are his legacy and his claim to fame! Harold had many jobs to help sustain his large and loving family, including; as a CDF crew chief, manager of a Sprous Rietz store, sales representative for Kraft Foods. He managed the Slakey Brothers Plumbing Supply in Santa Cruz where he learned about the plumbing industry. Later become the National Sales Manager for Watts Regulator Company in New Hampshire. Finally he helped create and maintain Harcro Sales, a manufacturer rep. agency, which his sons continue to run.
In 1987 Harold married Mary Long. They lived in Hayward then moved to Santa Cruz County in 1992. Here they have enjoyed the love and support of the good people of Watsonville, of Rancho Corralitos Mobile Park, of Holy Eucharist Catholic Church as well as their wonderful family and numerous friends. At Holy Eucharist he served in a number of ministries. For about 20 years he was the head cook for the Monday night "Feed the Hungry" program from Holy Eucharist. His deep, personal faith, his intelligence and unique sense of humor, his stories to fit all occasions, generosity of spirit, and his love for others made him a well loved member of any group he interacted with anywhere.
Services will be: a Vigil Prayer Service December 4, at 7:30 p.m. and a Memorial Mass at 10:30 a.m. on December 5 at Holy Eucharist Catholic Church, 527 Corralitos Rd., Corralitos, CA. Instead of flowers, people are asked to contribute to a Memorial Plaque to be placed at the 9th Station (Jesus falls the third time) in the Stations of the Cross Prayer Garden at Holy Eucharist.

To send flowers to the family in memory of Harold Cross, please visit our flower store.