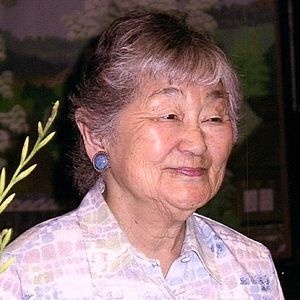 Haruyo "Betty" Yagi died peacefully at home on April 23, 2018. She was born on March 13, 1924 in San Leandro, California. Betty graduated from Alameda High School in 1942. Because she was relocated during World War II, Betty attended Greeley State College. When she returned to Alameda after the war, she attended UC Berkeley where she earned a bachelor's degree in dietetics. After working at Santa Cruz County Hospital, she met and married Tami Yagi in 1952 and moved to Watsonville where she worked at Watsonville Community Hospital as a dietician and later as the food service director. She retired from Watsonville Community Hospital in 1980 but continued to work at Yagi's Tackle Shop in Pajaro that she co-owned with her sister-in-law Chiyoko Yagi until its closure in 2004.
Betty was a member of Westview Presbyterian Church and the Japanese American Citizens League (JACL). She attended the JACL Senior Center until 2011 where she enjoyed playing bingo. She was a good cook and enjoyed being active in church, traveling, fishing and spending time with her grandkids.
Betty was preceded in death by her husband Tami and brother Hisato Yamasaki. She is survived by her brother Tadami Yamasaki, sons Douglas (Angi) Yagi and Alan Yagi, four grandchildren and three great grandchildren.
A memorial service will be held on Saturday, April 28, 2018 at 1 PM at Westview Presbyterian Church, 118 First Street, Watsonville, CA 95076. A private burial service was held.

To send flowers to the family in memory of Haruyo Yagi, please visit our flower store.