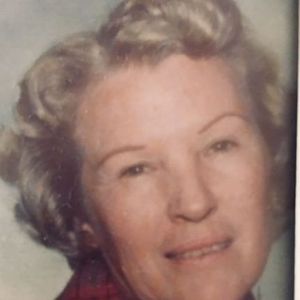 On Saturday, February 24, 2018 Helen Jane Sanchez peacefully passed away surrounded by her family in Gilroy, CA. She was 95.
Helen was a woman of many wonderful traits. Her life was devoted to her family and their happiness. She enjoyed baking, canning and making quilts, for which she received numerous awards. In her younger years she worked in the canneries of Watsonville, as well as in the cafeterias of several Watsonville schools. She was also an active member of the Watsonville VFW's Women's Auxiliary.

She was preceded in death by her beloved husband, Candido Sanchez.
Helen is survived by her four children: Kathy Payne, Charles Payne, Jerry Sanchez and Rodney (Lori) Sanchez. She is also survived by her sister, Thelma Lane, 12 grandchildren and numerous great grandchildren.