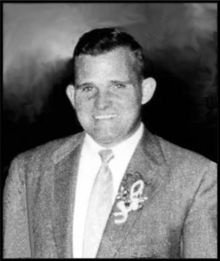 Henderson Woolever passed away on March 7th, 2015. He was born to Judson Elwood Woolever and Nora Mae (Keeney) Woolever in Henryetta Oklahoma on March 11, 1923. He had 3 sisters (Gertrude, Juanita and Beatrice) and 2 brothers (Troy Ikey and Melvin).

Henderson was born into a family who loved and played music. As a child he grew up during the great depression. He was a veteran of World War II and the Korean War where he spent 32 months as a POW. After retiring from the Military Henderson and his family settled in Watsonville.
He was a very generous man who loved children. His grandchildren viewed him as a grandfather and father. He was very hospitable and loved to share what he had, especially from his vegetable garden.

Henderson found comfort in learning about the promises found in the Bible. He was baptized as one of Jehovah's Witnesses and believed in the resurrection to a paradise earth.
We looked forward to the time when the promises found at Revelation 21:3, 4 will be fulfilled.
"... And he will wipe out every tear from their eyes, and death will be no more, neither will mourning nor outcry nor pain be anymore. The former things have passed away."

To send flowers to the family in memory of Henderson Woolever, please visit our flower store.