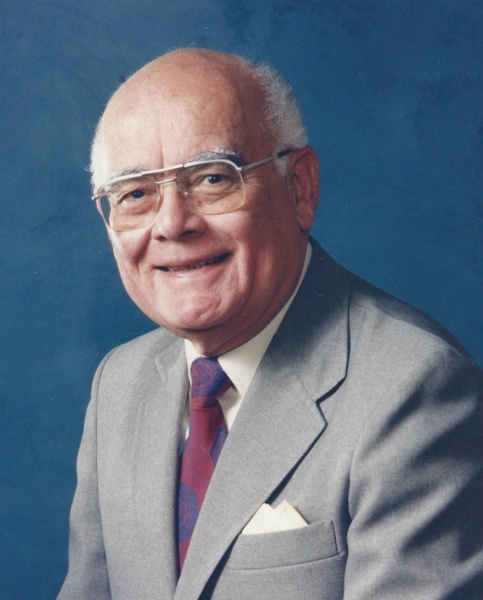 Holding the hand of his wife of 68 years, Emma, and surrounded by family, Dr. Henrique Nestler (Rick) passed away peacefully on July 10 at Watsonville Community Hospital. Rick was born on November 5, 1921 in the town of Armero Colombia, South America to the Reverend Campo and Sarah Mayorga. Rick graduated from medical school in Colombia in 1946 and came to the United States to complete his internship at Passaic General Hospital in New Jersey. There he met and married the love of his life Emma, an RN at the hospital. Upon completion of his internship he and his new bride moved to Barranquilla, Colombia,S.A. to build a new clinic. In 1951 he moved the family back to United States, completed his residency at the Chicago Lying Hospital and earned his Illinois State Medical License. In 1953 he enlisted as Captain in the U.S. Army and was assigned to Zwiebrucken, Germany. Two years later he was discharged and the family moved back to Illinois where he worked for Industrial Companies as he studied for his California Medical License. Over the course of the next year he passed his California Medical License Exam, relocated the family to Vallejo, then Hanford and finally settled in Watsonville where he worked with Dr. Marshall. In 1960 Dr. Nestler opened his own private medical practice as a General Practitioner, OB/GYN and Surgeon serving the growing Hispanic population of the Pajaro Valley. He retired in 1988.

Rick was a true renaissance man with interests in music, art, history, wood-stone-jewelry craftsmanship, photography, and Pre-Colombian history. He was a great dancer and

his presence could light up a room. His quick wit and humor were always with him.

Rick was a firm believer in lifelong education. After his retirement he became a student at Cabrillo College taking classes into his early 90's (yes, he was always the oldest kid in his class). His lifelong love of music began with piano lessons when he was 5. He composed music throughout his life including 16 hymns. He was an accomplished wood craftsman creating both elegant furniture as well as carved and turned art pieces. He was a member of the Chinese snuff bottle Society of America and created many snuff bottles from stone.

He was predeceased by brothers Jorge, Gustavo, and Guillermo. He is survived by his brother the Reverend Pablo Mayorga of Round Rock Texas, his sister Lady Stella Weatherall of Oxford England, his wife Emma, four children Connie, William, Paul and Stella, 10 grandchildren, 4 great-grandchildren and many nieces and nephews. A celebration of life service will be held July 28 at 11:00a.m. at the United Presbyterian Church of Watsonville, 112 East Beach Street. A reception will follow immediately after the service in the fellowship hall.

In lieu of flowers the family prefers donations to the United Presbyterian Church of Watsonville or your favorite charity in his name.

To send flowers to the family in memory of Henrique Nestler, please visit our flower store.