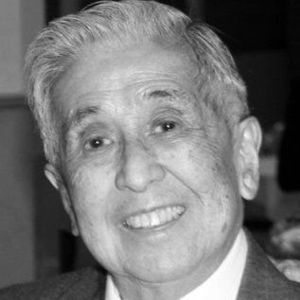 Born on September 18, 1919, in San Francisco, Henry Wong was one of seven siblings. After his education in both the U.S. and China, Henry served 3 years in the U.S. Army Air- force. After the service, he married and raised a family in Watsonville, CA. In Watsonville, Henry ran his own clothing business, The Toggery, for 26 years which served the local farming community of the Pajaro Valley. His smile, humorous wit, and love will be missed. Henry is survived by his wife of 65 years, Caroline, son and daughter-in-law Wallace and Sonia Wong; daughter and son-in-law Lorenda and George Carty; and son Calvin; four grandchildren and two great-grandchildren.
Services will be held at Ave Maria Memorial Chapel, 609 Main Street on Saturday, October 5, 2013 at 11:00am with internment to follow at Pajaro Valley Memorial Park, 127 Hecker Pass Road.
Arrangements have been entrusted in the care of The Carroll Family of Ave Maria Memorial Chapel of Watsonville.

To send flowers to the family in memory of Henry Wong, please visit our flower store.