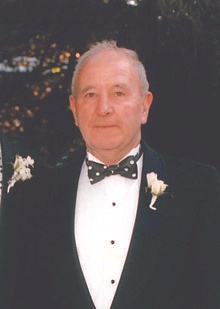 Herman Gaither passed away on Sunday, May 14th 2017 at Dominican Hospital of Santa Cruz. He was 93.

Born in Arkansas, Mr. Gaither followed his older brothers' lead and moved to California in the early 1950s. He first settled near Ft. Bragg in Rockport, where he worked in a lumber mill. He eventually moved to Watsonville and was a mechanic for Granite Construction Company for over 35 years. He retired from Granite in the early 1990s.

Mr. Gaither was proud of his years with Granite Construction. He always sported a green Granite windbreaker, eager to tell stories of the many roads he helped build. Gardening was his other passion. He rarely showed up anywhere without lemons, oranges or a box of produce to give away. He took particular pride in his tomatoes.

His wife Mary Lou preceded him in death in 1992. He's survived by his son and daughter-in-law, Michael and Cyndy Gaither, sister Mabel Livingston, sister-in-law Bessie Gaither, brother and sister-in-law Billy and Bonnie Gaither, and many nieces, nephews and friends.

In lieu of flowers, the family requests that donations be made in Herman Gaither's name to the charity of the giver's choice.

To send flowers to the family in memory of Herman Gaither, please visit our flower store.