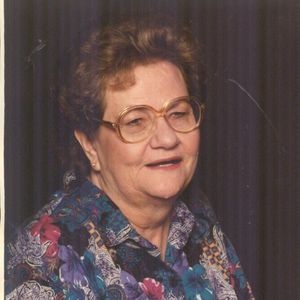 Hilda was a loving mother and grandmother. She was active in the Salvation Army and various churches throughout her life. Hilda was a devout Christian all her life. She enjoyed crocheting, sewing, arts & crafts, reading and helping others whenever there was a need.

Hilda's family would like to thank the staff of Watsonville Nursing Center, and Dr. Clayton McDaniel for the loving care and support of their Mother.

To send flowers to the family in memory of Hilda Burns, please visit our flower store.