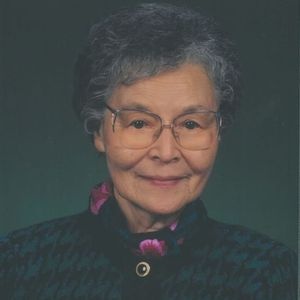 Hiroko spent her early years in Hiroshima, Japan, and attended Mineta Elementary before returning to Alameda where she went to Porter Elementary School and Alameda HS. She attended Buena Vista Methodist Church. Hiroko married Mack Shikuma in 1935. They lived in Corralitos, CA, until they bought land in Watsonville and lived there for a short time. She and her family were sent to the Salinas Rodeo grounds assembly center and were incarcerated in Poston, AZ during WW II. After the war ended, the Shikuma family lived in Colorado briefly, before returning to Watsonville. Mack and Hiroko and their children then moved to Brogan, OR, in 1945, where they farmed. They returned to Watsonville in 1956. She was a member of Westview Presbyterian Church.

Hiroko was survived by her children Esther Abe (Kokichi) and Lawrence Shikuma, and her grandchildren Isaac Shikuma; Leanore Shikuma (Graham Flanagan), great-grandchildren Kazuo and Zoe Flanagan. She is also lovingly remembered by her sister-in-law Chiyeko (Hiroshi "Heek") Shikuma and many nieces and nephews.

Grateful thanks to the caregivers at Wesley House, Janet, Lindsay, Sandy, Jessica, and Nancy, and many others involved in caring for Hiroko. Thank you to Heartland Hospice for their palliative assistance.

To send flowers to the family in memory of Hiroko Shikuma, please visit our flower store.